In discussion, I've heard various comments for the reasons behind this change.  One woman said it could be a sign of the church starting to treat women a little more equally with men.  Whenever I think about a doctrine or policy change for the church, I always think about how it can be tied back to money.

In this case, having the boys serve at 18, or directly after they finish high school, will leave less room for worldly distractions to dissuade them from serving, such as getting a job, finding a girlfriend, or starting college.

I believe their bottom line for this decision is to increase the number of missionaries serving by removing the temptation to stay home.

Frankly, I'm surprised they didn't make 18 the age for the women as well.

Does this mean we will be approached even more by the clean cut, bike riding, suit wearing, Book of Mormon toting missionaries?

I have heard an unconfirmed report that previously the church received about 600 missionary applications a week.  After this change was announced, they received 7,000 applications!
2 comments:

Not if they were married in the temple!

Years ago, my mother was divorced from my father.  He had been excommunicated and was no longer a member of the church.  However, when my mother wanted to get re-married in the temple, she had to undergo a "temple divorce".  Yes, apparently when a couple divorces, the LDS church still considers them married.

According to my mother, she had to get special permission from the highest ranks of the church in order to get temple divorced.  The LDS church does not recognize a legal divorce.

My ex-wife recently got re-married.  However, she and I are still sealed.  I could go have sex with her right now and it would not be considered adultry.  Technically, it probably would, but it's their own doctrine that states that a couple is still sealed even if they are divorced.

I guess their reasoning is that since god joined the two together, only god can un-join them.  The civil judges have no right to undo what god has done.

But it is the true kingdom of god on earth and so, OF COURSE, it is above gentile law.

I have a friend who is getting divorced and was married in the temple.  Now she is dating a Mormon man and is considering marrying him in the temple.  But before she can do that, she has to get a temple divorce from her first husband.  So again, even though they will be officially divorced soon, the LDS church still considers them sealed.

How come men can marry all they want in the temple, but women have to get special permission to marry there again?

I was always taught that the sealing ordinance is only in effect as long as all parties are worthy.  But what I am seeing here is that even if you are wicked enough to get excommunicated, you are still sealed. Can anyone please explain to me how this works?  How can an eternal marriage possibly work if one person is in the highest kingdom and the other person is in the lowest?

Wouldn't it be a lot easier to just teach that if someone in an eternal marriage leaves the church, is excommunicated, or the couple is divorced that their sealing is automatically broken?

I would think so.  But god's ways are higher than our ways.

It is generally believed that in order to be a good person, one must believe in god and be religious, because god is the source of all that is good.

I disagree. I got thinking lately (something I tend to do a lot), and I have arrived at the conclusion that religion makes people behave worse.

Want to know why? I assume if you have read this far that you do!

But that's not how it works, is it? If you commit the crime, you must pay the time! 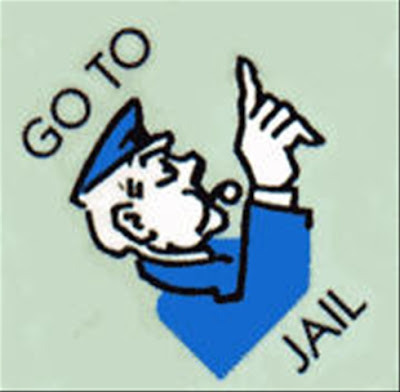 Believers view Jesus as their whipping boy.  He will take the heat for all your sins and you get off scott free.  No effort is required (by many religions).  All you must do is accept Jesus and he takes everything away.  There is no personal accountability.

Therefore, if a husband cheats on his wife, Jesus can take the punishment.  If I covet my neighbor's bike and I steal it, Jesus has me covered.

Religion actually promotes the idea of a "free pass".  Some of the most evil things that have been done to other people have been done by religious people.

I am acquainted with a "good" Mormon family.  They attend their meetings and appear to be model citizens.  However, the mother of the wife in this family has been diagnosed with cancer and this "good" Mormon couple isolated her from the world, refused to give her her cancer-treatment meds, gained access to her money, and neglected her in the hopes that she would die and that they could collect the life insurance money.  She got out of this bad situation by calling a friend for help, and this friend had to drive from Utah to California to get her out of there.

Now I am not saying this couple did this because they are Mormons.  But I am saying that they are pretty strong hypocrites!  They are basically trying to murder their mother for money, all the while bearing their testimonies about how righteous they are.

I propose that the real god that people in this country worship is the almighty dollar!

I have no proof of this.  It's just my thoughts.  It would be interesting to see.
6 comments:

Something just occurred to me that I thought I'd share.

Throughout history, mankind has had different views and beliefs on a variety of subjects, most of them being incorrect.

At one point, it was believed that the earth was flat. As new evidence suggested it was round, the flat-earth idea was given up and the round-earth theory was generally accepted.

It was once believed that the Earth was at the center of the universe and that the sun revolved around the Earth. Now we know that is not the case and no one disputes that fact.

With the discovery of bacteria and other microbes, we came to understand that many illnesses are caused by an invasion of these organisms into our bodies. Before this discovery, it was widely believed that witches were the cause, and many innocent people were burned at the stake.

In fact, mankind in general has accepted all the new information which replaces old ideas, with one exception:

Religion does not change. It stubbornly clings to stone-age superstition and teaches these ideas as if they are literally the truth. Religion teaches people to believe in wishful and magical thinking. It teaches them to ignore reality and live in a made-up fantasy world where jibbering "in tongues" is a miracle and falling on the floor means you've been touched by the holy spirit.

Naturally, religious people don't see this as a problem. In fact, they see it as a virtue. Their powerful imaginary friend knows all from beginning to end, and he never changes. Although this is clearly not true, the religious do what they do best and deny, deny, deny. I can show anyone passages in the Bible that clearly contradict each other. I can show conflicting commandments.

Clinging to 2,000 year old myths is not noble or virtuous. It is stupid. We live in the information age. It is time to stop believing in fairy-tales.

So, if most of the ideas about life, earth, and science 2,000 years ago were incorrect, why is religion still held as true when it (Christianity at least) originated during that time? Why is religion the only thing from the past that people just can't give up?

Old ideas are replaced with new. Religion is old...
No comments:

No Matter What Happens, It Means God Answered Your Prayer!

I was given an LDS book for Christmas a few years ago entitled “Why? Powerful Answers and Practical Reasons for Living LDS Standards”. On almost every page is something juicy for me to write about.

I randomly opened the book to page 133 and found myself in the chapter about prayer. On this page is a quote from Elder Gene R. Cook who said:

“I believe that in the whole history of the world God has never failed to answer a humble, sincere prayer – no matter who offered it, whether male or female, young or old, weak or strong, member or nonmember. That’s the way the Lord is. He is so kind. He is so anxious to respond. Of course, his answer might have been ‘No’. Or he may have said, ‘Yes, but not now’. Or he may have responded in a still, small voice that the person failed to hear. But answer he did.”

Think about it… You pray for something and you either get it or you don’t. If you get it, that means god said “YES!” If you didn’t get it, god either said “NO!” or you weren’t listening hard enough.

I could use Elder Cook’s example to prove that anything can answer my prayer.
Notice how Elder Cook also mentions how god is “so anxious to respond”. So does that mean that god already knows what you are going to ask for but withholds it until you come groveling to him? You know, that sounds more like a mean big brother than a loving father.

Ever since my eyes were opened about religion, I have had one major problem with prayer. What good does it do? Why do people think that just by asking god for something, they can alter his will? What good is an all-knowing god if all it takes is one simple, weak, naïve, human prayer to change his mind? That means god is a puppet and humans are really running the show. What’s the point of having a god then?

Here’s a scenario. What if someone’s mother was sick and god knew that her kids would pray for her to get better. He already knew that the answer would be “no” and that she would die. First of all, if god already knows what his answer will be, then why ask for it? Secondly, what if the kids didn’t pray for her to get better but she died anyway? Did god answer the prayer that they were going to say? Would god keep her alive forever until they ask for her to live and then take her? Either way, what’s the point of prayer?

Life just happens and it’s not the almighty up there pulling strings for you. It sucks, but get over it.
3 comments: