Religion Is Threatened By Science

I had an interesting thought today.

Over the years, I have encountered many people on this blog and in other areas who are believers and, naturally, try to defend their faith.

Scientific advances have disproven stories in the Bible right and left. Science is not out to "disprove" god but simply to learn about our world. However, as an atheist, that is one of my arguments against religion. Religion has many stories about how the world came to exist and they have been shown to be false.

So what do religious people do? They try to retaliate by disproving science. If science can be disproven, then all their stories are true again!

Science does not attack religion. Science is not out to discredit religion. However, in order for the religious to continue believing, they must justify their beliefs. And they do that by directly setting out to disprove science, particularly the origin of the world and evolution.

When scientists set out to make a new discovery, their goal is truth, whatever that truth might be. They don't start out with an "evolution" mindset or a "creation" mindset. They look at the evidence and then make a determination.

Keep in mind that hardly any religious people argue with science when it lights and heats their homes...

But when it disagrees with their pre-determined dogma, there is a HUGE problem. All of a sudden, they become the victims, whining because creationism is not considered a valid science.

And guess what? No one cares! Just because the "stork" theory is an alternative to sexual reproduction, should that be taught in schools too? No!!!!!!

I just laugh and laugh when religious people seriously try to claim that science (only that which disagrees with them) has been disproven! Do they really expect anyone to take them seriously?

What if I walked into a church one day, wearing a beard, and claiming that I was a prophet? And I would tell them that god has been religiously disproven. They would laugh me out of the church and not a single one of them would take me seriously! Well, that's exactly what they are trying to do and they actually expect to convince FREE THINKERS that they are 100 percent correct.

So when religious nuts come in here and try to convince me, without any references, that science has been disproven, I split my sides laughing!

If religion has all truth, then what are they so afraid of? From Galileo to stem cells, religion has been trying to stifle progress and silence anyone who dares question! For that one reason alone, I would be against religion even IF there WAS a god!
10 comments:

"Don't Teach Creationism In My School...

...and I won't preach evolution in your church!"

I'm not sure who said this, but it really brings out the true nature of believers... whiny!

Have you ever heard of even one example of a scientific community boycotting religion to teach evolution in church? I'll pay $20 to anyone who can show me where this has EVER happened! (Not really, but if you can show me, it would be appreciated)

Last night I went to a meeting sponsored by The Walk For Life Foundation (which I would encourage everyone to get involved with if possible). I happen to be sitting close to a family with 5 children, 4 of which were unruly and disruptive. I observed as the chubby children fought with each other during the meeting and whined about how this and that wasn't fair. The parents were no better than the children, making a scene to keep the children quiet.

Religious people remind me of children like this, always whining that "it's not fair!"

"We want creationism taught in schools! It's only fair to share both sides of an arugment."

To quote the great Bill Maher: "You don't have to teach both sides of a debate if one side is a load of crap!... "Babies come from storks" is not a competing school of thought. In medical school, we shouldn't teach both." 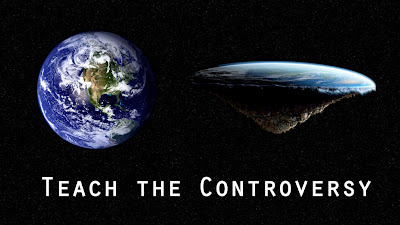 If we taught creationism in schools just to make things "fair" then pretty soon we would have to teach the creation story for all religions. When would it stop?

Besides, would the religious agree that if creationism was taught in schools, then evolution should be taught in church? HELL NO!

"Don't teach creationism in my school and I won't preach evolution in your church!"

To Michael and Family During This Hard Time:

I would like to dedicate this post to my friend Michael, his family, and especially to Michael's nephew.

Nephew's birth father was given temporary custody and I found out just yesterday that this is a very violent man. It is with a great deal of sadness and emotion that I report this father beat nephew (his own son) until he was in acoma. He was life-lifted to Primary Children's Medical Center, where he has been declared officially brain dead. Today, after family says their good-byes, he will be taken off life support.

My sincere condolences go out to the entire family. Nothing like this should ever happen to a child. But there is a glimmer of good news in all of this. Nephew's mother has decided to donate his organs to other needy children. This was a sweet and innocent little boy who was just curious about the world.

I hope the fraction of a man who murdered his own son sits in jail for the rest of his life. What kind of a monster would beat their own six year old son to death? It's moments like this that make me wish there was a hell, so that this loser will suffer there forever.

Pocatello child on life support, father arrested: This is currently the top story at the Idaho State Journal.

To Michael and family: I feel your pain and have shed my tears for this sweet boy. I'll be there for you in any way I can.
9 comments:

Humans May Have Been Around Longer Than Most People Think

An archeological find in South Africa suggests that our ancestors, who lived a million years ago, might have cooked their food using fire. While evidence of human inhabitation going back that far is "significant", few scientists have been able to agree on when our ancient ancestors started cooking their food. This clue just might settle that debate.

When will our world stop rejecting reality and start accepting reason? I look forward to that day when we no longer believe in invented stories about our origins.
7 comments:

Could T-Rex Have Had Feathers?

In a news release dated April 4, 2012, it is reported that the remains of a relative of the great T-Rex, the king of the dinosaurs, was recently discovered sporting a soft, downy coat.

Usually, when a fossil is found, the creature's bones are all that remain, but in this case part of it's skin was preserved. This is very rare and an incredible find. It may force us to completely rethink the way we view T-Rex and his relatives.

Could T-Rex Have Had Feathers?

This is a perfect example of what creationists always claim is missing, a transitional species. Modern birds are the descendants of the dinosaurs. Maybe the dinosaurs never went extinct... Perhaps they just evolved themselves out of existence.

In spite of this new evidence, just how many creationists do you think it will convince that evolution is true? I'd be willing to bet not a single one. Close mindedness is alive and well.
2 comments:

Mitt Romney was asked today about racial statements in the Book of Mormon. He avoided answering the question.

The church, according to this article, claims they don't know why blacks were denied the priesthood nor do they know much about it. They just know they put a stop to it "decades ago."

Well, "true prophets" were the ones who did it and no matter what they say, it makes them look bad. In the end, true prophets of god were extremely racist and no amount of "we don't know" explaining it away will help.

The Book of Mormon strongly condones racial separation. Nephi describes how his two older brothers were cursed with a dark skin because of their wickedness. This must mean the Mormon god condones this as well.

And the skins of the Lamanites were dark, according to the mark which was set upon their fathers, which was a curse upon them because of their transgression and their rebellion against their brethren, who consisted of Nephi, Jacob, and Joseph, and Sam, who were just and holy men.

Given this clear teaching in the Book of Mormon, it is no surprise that blacks were denied the priesthood. I grew up being taught that the more white a person is, the more valiant they were in the pre-existence. I literally thought that, since I was born white and into a Mormon home, that I was one of the very elite.

Brigham Young said that if blacks and whites should mingle, it was "death on the spot."

Early church teachings also held that very few people of color could make it to the Celestial Kingdom, and of those few that did, they would be servants to the whites.

The LDS church has a long history of racism, and they conveniently deny knowing anything about it.