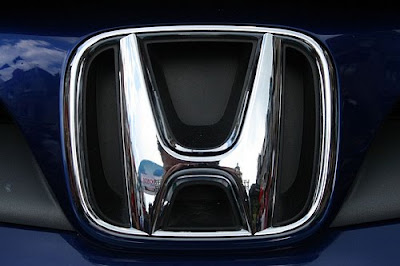 Missionaries, when trying to convince their investigators to only read pro-Mormon sources, often use the following analogy:

Their point is that if you want to learn about the Mormons, go to the Mormons.

But let's think this through a little more carefully...

I think it's a great idea to learn about Ford from a Honda dealer. Learn about Chevy from a Dodge dealer. That way, even if their opinions are biased (which they most certainly will be) at least you will be getting two different perspectives.

You would be an utter fool to go to a Honda dealer, learn everything you can about Honda from him, and make the purchase without any other research. The information he will give you will be biased because he wants to make the sale. He doesn't care about you or your car... He just wants the commission.

So don't take the advise of LDS missionaries. Learn about Mormonism from every source you can get your hands on.

In fact, who would be the best person to ask about Honda? A former Honda owner.

Who is the best person to ask about Mormonism? A former Mormon.

LDS, Inc. just wants the sale! They don't care about you or your car.
4 comments:

The Day I Made Eye Contact With An Apostle 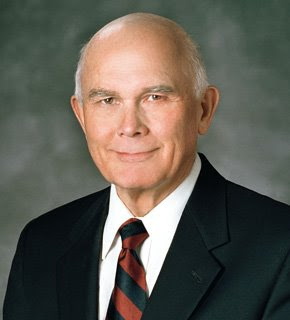 I was at the Home Depot on 2100 S. and 300 W. in Salt Lake City. As I entered the store and approached the paint area, I made eye contact with a tall man, nicely dressed and wearing a French beret. I immediately had the impression that he looked familiar.

As I was at the Home Depot to get paint, I got inline behind this gentleman at the paint desk. Once I heard his voice, I knew exactly who he was; the person standing directly in front of me at the paint desk at Home Depot was none other than Dallan H. Oaks of the quorum of the twelve apostles! He was buying paint just like a regular person.

At first I seriously doubted that it was really him. Afterall, general authorities of that rank seldom show themselves in public. But his voice was unmistakable. He was accompanied by a man wearing a tie whom I presumed was his body guard. The body guard did not look happy at all. I would think that guarding the life of a man who has walked and talked with Jesus would be like the ultimate job. But this guy did not look happy at all. Interesting...

I realized it really was Oaks by his unmistakable voice. He was asking the person working at the paint counter different questions. I must admit that the man has a commanding presence. His voice carries much confidence and he is quite a tall man. I obviously do not respect him as a religious leader but as a man he appears self confident and very sure.

I didn't speak to him, although I would have liked to. Naturally, there are a million questions that I would like to ask a general authority but it was not the right place.

As Oaks was leaving the paint counter, some child must have recognized him. This young child ran up to him and gave him a hug. Does Oaks really like children, or did he hug the child because he knew people were watching? I am sure that many people in the store recognized him. But other than the child, at least that I saw, no one made any attempt to approach him.

Dallan H. Oaks, if you ever read this post, please e-mail me. I know you're busy and certainly don't have time to entertain an apostate like me. But if you happen to, it would be appreciated.

Let's chat. I've got a lot of questions for you.

TG Day Memories With the Mormons

As per tradition, we gather with friends and family on Thanksgiving Day to eat and be together. Naturally, you can't have a reunion without religion being thrown in. Allow me to share some of my encounters with the Mormons on TG-Day:

I happened to have a can of Coke in my car. I was planning on using it to mix with a good drink later, but ended up drinking it at the reunion. As I was enjoying my drink, I was solicited to help with a small problem. Someone had put a pitcher under the tap to fill it with water. However, they had forgotten it was there and the position of the pitcher allowed the water to run out onto the counter top and from there to the floor. I was recruited to retrieve the pitcher and clean up the water.

As I was turning off the water and wiping up the spill, I heard a comment from a young man, "That's what happens when you drink Coke."

What? What happens exactly? You spill water? You get asked to clean up spilled water? Do you honestly think that my drinking Coke is related in any way to the phenomon of gravity pulling water towards the floor? Are you telling me that everyone who drinks Coke simultaneously spills water? Are you telling me that, since you have never drank Coke, that you have never spilled water? The kid who made this comment is going to make a fine Mormon; a complete lack of any type of logic or critical thinking.

The moral: Don't drink Coke unless you want to clean up water that someone else spilled.

I have mentioned in posts past how the patriarch of the family has inquired of me as to the delay in baptizing my children. I have politely informed him that when they reach the age of adulthood (18) they can make that decision for themselves.

Well, today, patriarch was not asking me about junior's baptism... he was asking my wife.

Wasn't the answer I gave you before sufficient? I am the parent. I know that you think I have thrown my life in the trash and am therefore incapable of making parently decisions. However, that is just your opinion. My children won't be baptized just because you want them to. They won't be baptized just because it's what everyone is doing. My children will be baptized when two things happen: one, they are old enough to make that decision for themselves; two, and most importantly, they will be baptized when they understand and accept all the commitments that baptism represents. I simply don't believe that eight years old is anywhere old enough to make such a commitment.

If my children understand and accept the commitment at the age of 18 or older, then they will have my blessings as they are baptized. But when you're eight, do you even have the capacity to comprehend the law of tithing or chastity? No, and since that is the case, no baptism at eight.

Driving from one party to the next, I had a chance to talk with my oldest son. I made the following analogy to him:

"Since the church house is the house of god, then being in heaven must be like being in church all the time."

That was all I had to say. My son sneered and said, "Then I'd rather go to hell!"

On the night that Jesus was born, a new star appeared in the sky. The shepherds followed this star to the manger where Jesus was sleeping. How in the hell is that possible?

It's true that the stars have been used for centuries to navigate. I don't know the details of how it's done, but ships could use the stars to stay on a straight course. So it is possible to follow the stars if you're trying to go in a specific direction...

... BUT how can you follow a star to an exact location?

Starlight is dim. In fact, a star just appears as a small pinhole in the black night sky. So the traditional ideas of a ray of starlight shining down on Jesus is just dumb. That didn't happen. Have you ever seen a ray of starlight? I didn't think so.

Oh, it was a really bright star! Fine. So why did only the shepherds see it and follow it? Wouldn't thousands of people follow this ray to see where it was shining as well?

Secondly, in order to follow the star, we must assume two things: one, stars can move about in the heavens at random, and two, the star must have known where the shepherds were and could move itself accordingly. Both of those ideas are just plain absurd. Yes, stars move, but not back and forth at random. Stars are not intelligent... they are just burning balls of gas hundreds of millions of light years away. In order for the star to have actually moved about in the sky to guide the shepherds, it would have to have traveled many thousands of times faster than the speed of light. Not possible.

Here is another point to consider. Why would the creater of the universe go to all that trouble just to guide a few shepherds to Jesus?

The shepherds left no testimony. In fact, their story is all told in third person. Who is that person telling the story? Maybe the shepherds told the story and it is being re-told by someone else. Perhaps. But if the shepherds were eye witnesses of the newly born Jesus, then why didn't god see to it that their testimony made it into the Bible? All we have is a third person account. What good does that do us?

The only benefit the shepherds got from this long and detailed event is the pleasure of seeing baby Jesus. But what good does that do? The scriptures often talk about how seeing is not as important as believing.

So it seems to me that the whole story about the shepherds following the star is not only impossible, but also pointless. What purpose does this story actually serve? None that I can think of.
2 comments:

I was browsing around on Facebook today and happened across the profile of Thomas S. Monson, the current profit for the LDS church. First of all, I noticed that you can't "add" him as a friend... you can only become a "fan".

That tells me that he doesn't really care about anyone. He wants you to be a follower but doesn't want to have to interact with all the mindless Mormons who constantly sing his praise.

But the part that really made me laugh was a comment in the review section. All the "fans" of Monson seem to think this is the place to bear their testimonies and kiss the ass of the profit. This quote by Jennifer Foust made me laugh:

"I love the Good News. The Gospel is wonderful in its fullness. The scriptures are so inspiring and keeps us safe against those who lust after the advisary. I am so blessed to have the Gospel of Jesus Christ in my life."

That whole statement just made me laugh and makes absolutely no sense at all.
2 comments: 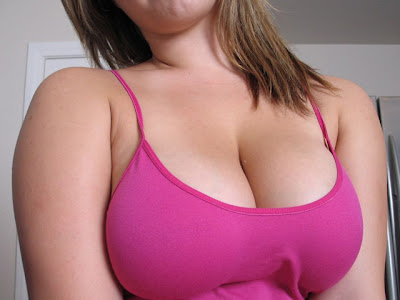 I'm thankful for breasts!
No comments:

Another Reason Why Religion Is Dangerous