God proves the Bible, and the Bible proves god. This is called circular logic. And people use it as proof of their imaginary friend.

Isn't this kind of how religion works? Whether they have "the truth" or not, they will all claim that they do.

Joseph Smith truly was a prophet! How do I know? Because the Book of Mormon prophesies that its translator would be named Joseph!

He could have easily written the Book of Mormon and put that part in himself.

I heard of a person who was shot in the head and survived. It's a miracle and proof that god is real!

So every time a person is shot in the head and dies, does that prove god isn't real? For the sake of YOUR argument, I hope not, because the score is like 5 to 10,000!

I have the priesthood. I can prove it with my line of authority all the way back to Jesus Christ!

I know Joseph Smith was a true prophet.

I know the Flying Spaghetti Monster loves me. And nothing you can say will make me change my mind, damn it!

"Right" is matter of personal interpretation. For me, atheism is right.

In the end, Christ will win.

The rebels eventually win in Starwars. But does that make them the good guys? From the Empire's point of view, they are terrorists and traitors.

A Mormon priesthood holder is kind of like a Jedi Knight.

No, he's not. A Jedi can force choke your ass! Can a priesthood holder do that (or anything special for that matter)? Besides, there are female Jedi, but no female preisthood holders.

11 But a seer will I raise up out of the fruit of thy loins; and unto him will I give power to bring forth my word unto the seed of thy loins—and not to the bringing forth my word only, saith the Lord, but to the convincing them of my word, which shall have already gone forth among them.

14 And thus prophesied Joseph, saying: Behold, that seer will the Lord bless; and they that seek to destroy him shall be confounded; for this promise, which I have obtained of the Lord, of the fruit of my loins, shall be fulfilled. Behold, I am sure of the fulfilling of this promise;

To an LDS person, this passage of scripture is amazing. The Book of Mormon actually predicts that a seer would come forth named Joseph who's father was also named Joseph.

The Book of Mormon also predicts the discovery and founding of the United States of America.

Naturally, to myself this is not impressive at all.

If he made it up, he could have easily written in the prophesy about his own prophethood.

And since the BoM was published in 1830 and Columbus discovered the Americas in 1492, that prophesy doesn't count. A prophesy given after the fact is not a prophesy.

What if I claimed to find a book but would never let anyone see it? It was found in 2012 but was written in 1800. What if I told everyone that the book was written in a different language, but only I could interpret it? What if I shared a story out of this book where a tower is destroyed by an aircraft on Sept 11, 2001? What if I shared another story out of the book where it names me by name claiming that I would find it and interpret it? Would that make me a prophet? What that make the book true?

It must. Because that is exactly what Joseph Smith did.

Yes, the golden plates story was just the next step up in Smith's gold digging scam, complete with magical peeping stones, or as the LDS like to call them, the Urim and Thummim.

A book that predicts itself. A prophet who predicts himself. Witnesses who can't stick around. No golden plates to examine...

Do the math.
3 comments:

...and my responses to them! 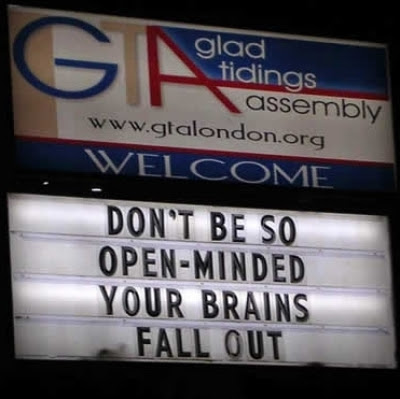 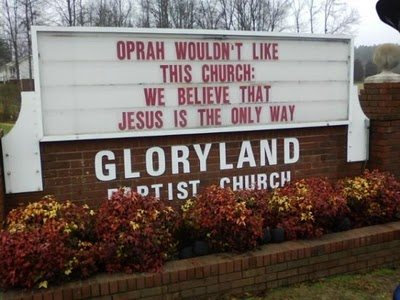 And you wonder why people call you bigots. 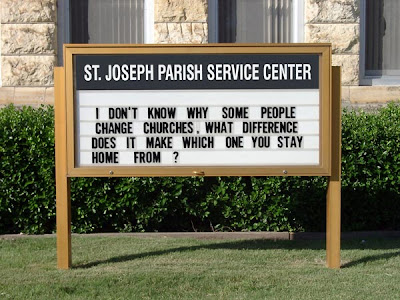 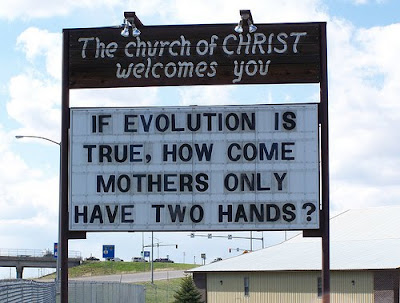 Shouldn't this one say, "If creationism is true, how come mothers only have two hands?" 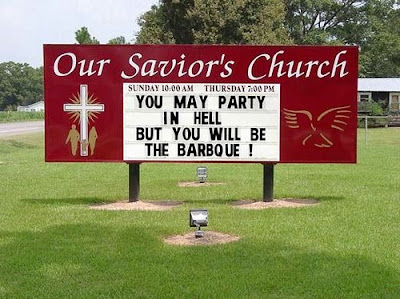 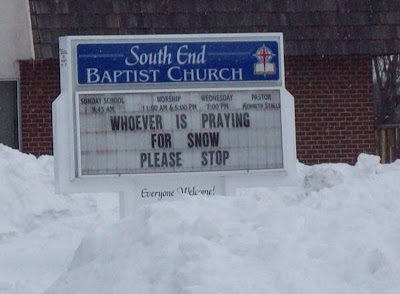 Yep, snow has nothing to do with nature. I guess all the people living around the equator are just godless heathens. 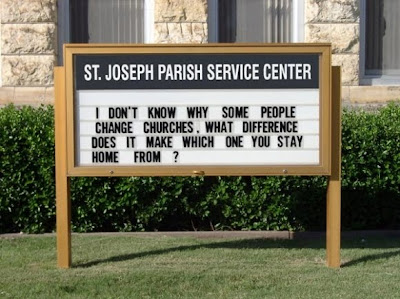 Oops, did I upload this one twice?
5 comments:

I Told You So!

There are few huge disappointments about the reality that there is probably no god and it has to do with the afterlife, although not in the way you might think.

Throughout my life, there have been random individuals who have really treated me badly. Some of them are former co-workers, some are ex-brother's in law. As a believer, I used to feel secure knowing that even though they might have gotten away with what they did to me in this life, in the end god would make them pay.

The harsh reality is that there will be no vengence. Damn!

The other thing that sucks about being an atheist...

When we are all dead and there is no afterlife, I won't be able to rub it in the faces of all the gullible believers. I'll cease to exist and so will they. It's a humbling thought really, knowing that I'll never be able to say, "I TOLD YOU SO!"

But atheism isn't about being the one who's right. It isn't about who's god has a bigger dick. It's just caring enough about the truth to let the dogma go.
10 comments: